Skip Cook has been a member of the Committee since 1998; he is registered Non-partisan. He has been a partner in a law firm in Fairbanks since 1972. In addition to his law degree, he holds a master’s degree in political science and a Bachelor of Science degree in Economics, Politics, and Engineering. Mr. Cook is very active in his community and serves on numerous boards and commissions.
Mr. Cook served as chair of the Full Committee in 2018 and serves as chair of the House Subcommittee for the 2017-2018 term. His appointment expires January 2021.

Conner Thomas has served on the Committee since 1999 and is a registered Democrat. He is an attorney in private practice in Nome. He has also worked for the State of Alaska in Nome as a magistrate and public defender and with the Alaska Legal Services Corporation. In addition to his law degree, he holds a Bachelor of Arts degree in Economics. Mr. Thomas is very active in the Nome Kennel Club and has run and finished the 1,150-mile Iditarod Trail Sled Dog Race twice.
Mr. Thomas serves as chair of the Senate Subcommittee for the 2017-2018 term. His appointment expires in January 2019.

My parents moved to Alaska when I was three. I grew up in Gakona and graduated from Glenallen High School in 1981. In 1986, I earned a bachelor’s degree in chemistry, with a biology minor, from the University of Washington in Seattle. I returned to Anchorage in 1986 and spent 23 years teaching in public, private, and charter schools. In 2007, I obtained by master’s degree in education from Alaska Pacific University. I am married, have two adult sons, and three black polydactyl cats. In my spare time, I enjoy traveling, hiking, and reading.

Joyce Anderson has served on the committee since 2017; she is registered Non-Partisan. She previously served as administrator of the Ethics Committee from June 2001-July 2014 and as a consultant from July 2014-February 2016. She moved to Alaska in June 1999 from Minnesota after working for the City of Minneapolis for 30 years, serving 15 years as the Director of Elections and Voter Registration. Ms. Anderson holds an Associate of Arts and Bachelor of Arts degree in Business Administration and a Master of Arts degree in Public Administration. She serves on numerous boards and commissions both on the local and state level.
Ms. Anderson serves as vice chair of the House Subcommittee for the 2017-2018 term. Her appointment expires in 2020. 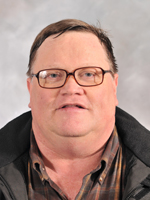 Jerry D. Anderson was appointed to serve as administrator for the committee in October 2014. Prior to his appointment as administrator, he served from 2009 to 2014 as the Assistant Director of the Alaska Public Offices Commission. He also served as a magistrate in Kenai and Galena with the Alaska Court System. Mr. Anderson has been an attorney for 25 years with experience in both the public and private practice of law. He received his JD from the University of Nebraska. He has both a master's degree and Bachelor of Science degree in Economics.